The Zeiss Icon 6x9 Folding Film Camera is an antique beauty and one of my most recently acquired cameras. I will be going over the features of this old camera sold around the 1930s and show you how to operate camera, lens and how to load it up with some 120 medium format film.

Play Video
The Zeiss Icon 6x9 Folding Film Camera is an antique beauty and one of my most recently acquired cameras. I will be going over the features of this old camera sold around the 1930s and show you how to operate camera, lens and how to load it up with some 120 medium format film.
PrevPreviousElgato HD 60 S – Portable And Powerful Video Capture Card
NextGet Better Audio With The Multi Functional BOYA BY-M1 Lavalier MicrophoneNext

A picture is a secret about a secret, the more it tells you the less you know. Diane Arbus

Why I Bought This Camera

For a while now I am shooting film and loving it. For the most part, I enjoy shooting medium format as it allows me to achieve a certain look that is almost impossible to get with 35mm cameras, even if shot whilst using fast glass. I own mainly 6×7 cameras as I do like the slightly wider format and if desired there is always the option to crop the images to 6×6.

However, sometimes I wish I could get a slightly wider frame, mostly when shooting in portrait orientation. Prices for another 6×8 back to go with my Mamiya RZ67 drove me into looking into other options. When I found this camera for a few bucks on Elbaz I gave it a try and there we are.

The Zeiss Icon Nettar is a so-called folding camera. The design is to keep the camera small when closed down to pack it away. The fact that this camera is a rangefinder system and does not have a mirror box contributes to the size even more. Compared to a 6×7 medium format camera it takes almost no space up in your backpack and is also insanely lightweight.

Its size and compactness come with a price to pay. The rangefinder gives you a reference that will be captured in the frame but not what is in focus. You have to measure distance or guess the focus distance. However, the DOF indicator is really helpful in this regard. Nevertheless, it is something that can easily be misjudged.

As all the operations are in the lens, they are all close together and within a finger’s reach. Shutter speed and aperture are right next to each other on the lens. The aperture ranges from f/6.3 all the way to aperture f/32. Shutter speeds on the Zeiss Icon Nettar include a bulb modus, the next slowest shutter speed available is 1/25th of a second, while 1/200s is the shortest shutter speed you can choose. This means it is not a really fast shutting lense, however, as there is a pc sync port on the lens, you will also be able to use 1/200s as a flash sync speed.

Features on this camera are pretty basic. If you are looking for anything else but focus, shutter speed and aperture, look elsewhere.

Perceived Handling And Ease Of Use

Overall the Nettar is pretty straightforward. The shutter mechanism is easy to identify, as is the aperture control. On this camera, the shutter release button is on the left side of the camera and can easily be confused with the opening mechanism release button which is on the right where you would expect the shutter button to be.

The shutter control ring is a bit tricky, there is no lever to help you adjust the ring, also, the indication is an embossed notch which sometimes is a bit hard to identify which setting you are at.

Loading film is easy and quick. the new spool goes on the right side of the camera as the film advance wheel is on the left side, next to the shutter button.

The frame counter is to be identified through the camera’s back door which allows getting a peak into the film’s protective paper which has the frame numbers printed. The doors are positioned relative to the format you are shooting. The paper backings have different count measurements for all the different formats to shoot with 120 films. Meaning, there is nothing to do wrong, as long as you put the film spool incorrectly (black side goes towards the front of the camera)

I have not shot this camera yet. As it is a rangefinder with no indication for focus, I imagine it to be not the camera to take to every occasion. You might want to think twice before taking it. As it is quite a large format, there can go much more wrong as for misfocussing than it is with a 35mm camera.
I imagine it to be a great camera for landscapes. The wider format also contributes to this.

When I have shot the first roll of film with this old precious thing, I will put the images on my photography blog.

The Zeiss Icon Nettar seems a good fit for film lovers who are looking for something unique and stylish. It might not be the fit for everyone but I am also convinced, even though you might not take the greatest shots with it when using your first few rolls, the learning potential is much greater when being a bit limited. This is the main reason I like simple cameras. It gets us back to the true and more artistic nature of photography.

Daniel
I have a background as a touring musician, and in the tech industry, working in tech support for internationally operating brands. When I was a child, I started opening up every device I could get my hands on. Later, this lead to me building my own computers out of other people's trash computers. Today, I still like tech and gear, talking about it, and sharing my knowledge.
Table of Contents 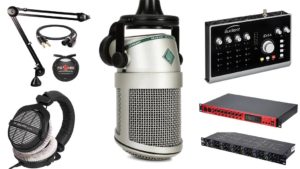 Launching a podcast or starting a streaming channel can be overwhelming by itself. Additionally, the choice of the right gear can lead to frustration due to the various options available. In this mini-guide, we will give four package options in 4 different pricing ranges. Thus, no matter your budget, you can find adequate gear recommendations proven to work in professional recording environments while, at the same time, providing a stable upgrading path for you in the future. 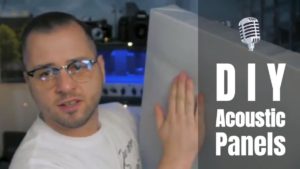 How To Build DIY Acoustic Panels For Better Audio Quality

Sound is an important medium in our everyday world. Whether it is part of a video or stand-alone, we rely heavily on good sound. Treating your recording space can get you to the next level in terms of recording quality.

Professional acoustic panels are really, really helpful to dampen reverb while recording audio/video. If you, however, want to treat a full room it can easily add up and leave you with a huge bill.
Can you DIY-built professional grade acoustic panels?
Yes, it is possible and easier and cheaper than you might expect!

In this video, I compare different microphones and placements without and with room treatment. I will also lead you through the process of building your own acoustic panels and make your room sound more like a studio. The best part is the cost. One panel cam in at a material cost of 15 Euros. That is super cheap =)

Here are my personal favorites of the Amazon Cyber Monday Deals. Maybe you get inspired or find something you currently need, then it would be the perfect time to grab a good deal! 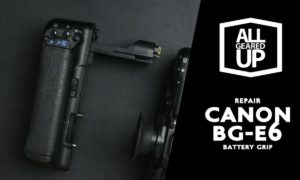 Repair Your Canon BG-E6 Battery Grip Before It Is Too Late! [Replacement Walkthrough]

When things break you will face frustration. Here is how to fix the Canon BG-E6 Battery Gripp Mount issue. Repair yours before it is too late! 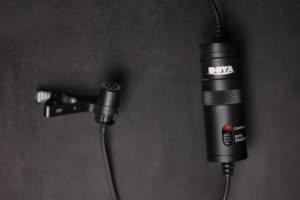 Audio can be tricky! However, it does not have to be, nor does it have to be expensive. With the Boya BY-M1 you will get a budget clip-on microphone to cover most of your recording needs. 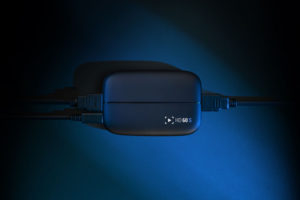 With the HD60S, Elgato has introduced a powerful USB-C Video Capture Card that makes it easy to get all sorts of video streams into your system for either recording or streaming high-quality video content.
With recent Updates, it has even become possible to use your Elgato streams as webcam input to be used in video communication, like Skype, Discord, and more…
This might make the Elgato HD60S one of the most powerful video capturing devices for Windows users. 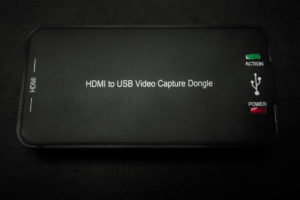 Video capture dongles are a live streamer’s magic wand. They allow for capturing video sources and make them available to streaming software. However, they come with a price tag. The digitNow video capture dongle tries to be an affordable solution in this space. Can it compete to Magewell or Elgato?

Check Out This REVIEW →
Scroll to Top